Mission Impossible?: Make an Impact Where you Are!

Of the many firsts that we have lived through this year, Yes, Inc. is kicking off its Mission Impossible blog to celebrate people who have defeated all odds while creating history or have shattered barriers in their lifetime. Inspiration has a resounding effect on people! They thrive on being inspired and often demonstrate its impact by stepping out of their comfort zone and challenging the “line” themselves. As educators, it is pertinent that we embrace education that challenges the mold, encourages next year's trendsetters, and wages war on the “ordinary.”

We know that to be the difference, it's essential to see the difference; whether through a dream or a simple encounter, educators are often the first encounter students have that challenges them to think differently and expand their knowledge! This blog will highlight that no matter how big or small, people can make an impact wherever they are. One thought or even one legacy can have on the world can transform the way people think and even understand reality! We want to encourage educators to be the difference they want to see globally by recognizing their “why” and the role in students’ lives!

One individual who has impacted where they are is Yes, Inc’s very own Nelson Watson III. Nelson Watson III is a member of Bethel International Christian Fellowship. He has an MBA from the University of Texas at San Antonio and has been working in the non-profit sector for over fifteen years. He loves sports, especially Spurs and Cowboys. Nelson has been married for 13 years and has three daughters. Nelson's favorite verse is Philippians 4:13 “I can do all things through Christ which strengtheneth me.”  He is a member of the Beta Kappa Omega Chapter of Iota Phi Theta Fraternity, Inc., former Chaplain for the San Antonio chapter of National Pan-Hellenic Council, and former President of Texas State collegiate chapter of the NAACP. Nelson Watson III works with YES, Inc. in the HCMS department.

Nelson's Story: Make an Impact Where You Are! 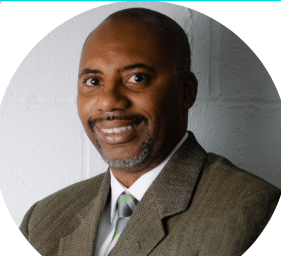 During my collegiate days, back when Texas State University was named Southwest Texas State (SWT), I was a business major trying to graduate. I had joined the SWT collegiate chapter of the National Association for the Advancement of Colored People (NAACP) to be involved in my collegiate community despite its reputation to host the best parties; I believed, and still, believe in a well-balanced collegiate experience. I went from member to Vice-President to President by my Senior year. As President, I spoke out about the difference I saw in media coverage of Southwest Texas State Bobcat baseball teams that were Caucasian and accused of misconduct vs. football players who were African-American accused of the same conduct. This issue was just the tip of the university’s inequality and unethical practices, which motivated me to continue to speak and bring awareness to the issue. I believe in equality and equity with a dash of grace. Meaning my desire is not to be treated better than anyone, but definitely not standing for being treated worse.

Due to my efforts towards equity and equality during these endeavors, I was targeted by a University-wide racially-motivated hack in the university email addresses. I was called a “racist” for speaking up against inequality and was also contacted by a representative of a former KKK member David Duke. Then, I told my adult advisor, and a debate between him and Ron White transpired on campus. It turned into something I did not foresee, but my drive for equality fueled me in many ways. I was shocked but naive because of my youth and was not as fearful as I should have been when I think back about the situation.

At that point, I received support from numerous organizations, faculty, and students who share the same drive that I had about equity and equality. Out of the circumstances, a new organization was created on the campus named The Coalition of African-Americans Unified for Self Empowerment (CAAUSE). CAAUSE aimed to address the inequity of student funding and inequality in the recruitment and retention of African-American students. The university is a public institution that receives Texas taxpayers from all Texans. We met with the Dean of Students to address our grievances. The purpose was for our group and SWT administration to find solutions to solve the problems. We also wanted to bring awareness to all Southwest Texas State students because, as Rev. Dr. Martin L. King stated, “Injustice anywhere is a threat to justice everywhere.”  CAAUSE organized a huge relay in our main quad (free speech) area on the campus. A Texas state representative Ron White was the keynote speaker.  Thousands of students attended, and it was a fantastic show of student involvement, engagement, and activism. You are never too insignificant to make an impact, and it is never too late to start.

If Nelson’s story has inspired you to make an impact where you are, subscribe to our blog and submit your feedback!

In being intentional about the differences we make in the world, it is almost inevitable that you encounter obstacles. Every change that is worthwhile has its own set of trials and as educators we make a difference by being fueled by our why, taking the leap, and doing our part to make an impact in our own area!

If you found this information interesting or useful, let us know by submitting your feedback! We would love to hear what you have to say about the topics we share and what you would like to hear more about. As we grow, be sure to like and share us on Facebook, Twitter, and Instagram so that we can expand our reach and move closer to our mission of equipping educators everywhere!